Tupac Shakur was shot on September 7, 1996 in Las Vegas, NV after the Mike Tyson fight. This interview takes place 3 days before the shooting.

Here is the infamous Killuminati interview in full from right after he was released from prison the final time.

Frank Alexander pictured above with legendary Tupac Shakur was found dead at his California home on Monday according to sources. Frank was a hand picked bodyguard by 2pac during his last year of life.

This is a case study of 3 young outliers who against all odds achieved massive success at a young age. Using the exercise from “The New Psycho Cybernetics” book, the video studies the character traits and events that have shaped their lives into what they were/are in their pinnacle moments. 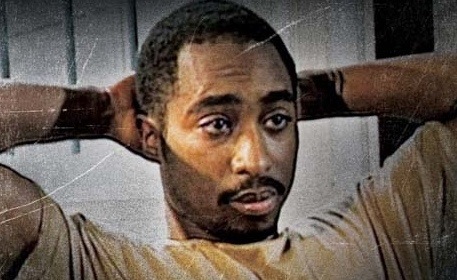 While serving an 11-month sentence at the Clinton Correctional Facility in Dannemora, N.Y., Tupac Shakur penned a screenplay, which is the only script the popular rapper/actor ever wrote. Now, development has started on getting Shakur’s work made into an actually film. END_OF_DOCUMENT_TOKEN_TO_BE_REPLACED

As you’ve likely already seen, the late West Coast rap legend Tupac Shakur performed at Coachella alongside Dr. Dre and Snoop Dogg thanks to the work of San Diego company AV Concepts. Performing classics “Hail Mary” and “2 of Amerikaz Most Wanted” the four-minute holographic performance cost over $100,000 to execute. END_OF_DOCUMENT_TOKEN_TO_BE_REPLACED

The highlight of Dr. Dre and Snoop Dogg’s historic performance at Coachella 2012 was the rumored and much talked about hologram performance by Tupac Shakur during their headlining set. Fans gasped and celebrated as the late legendary MC was brought to life for a medley of “Hail Mary” and “Amerikka’s Most Wanted. This is kind of crazy due to the fact that the song “Hail Mary” was released after 2Pac’s death in 1996. Watch Video below:

It’s been 15 years since the Notorious B.I.G. was killed in a drive-by shooting in Los Angeles. While there are plenty of unanswered questions in the still-unsolved homicide, one thing that can’t be questioned is Biggie’s game-changing contributions to rap music.
END_OF_DOCUMENT_TOKEN_TO_BE_REPLACED

Flint, MI native Eric Breed better known as MC Breed and Tupac Shakur collaborated for this legendary track “Gotta Get Mine”  back in 1993 and shot the video at former Atlanta Falcons  Wide Receiver Andre Rison’s house in ATL.  MC Breed died on November 22, 2008 in Yspilanti due to kidney failure. Checkout video below:

Suge Knight discusses how he signed 2pac to Deathrow Records.