Michael Miller was the man at the right time when the west coast hip hop movement was exploding. Besides shooting all the major players in the game he also hung out with the artists and became a part of the culture. Shooting important figures like Cypress Hill, NWA, Tupac, Ice Cube, Snoop, House Of Pain, etc.

END_OF_DOCUMENT_TOKEN_TO_BE_REPLACED

On September 13, 1996 Tupac Shakur died from injuries sustained in a drive-by shooting in Las Vegas, NV.

To date there have been 14 official 2Pac albums — 8 of those were released posthumously. All but 1 has gone gold. 10 of the discs have been certified platinum, and his ‘Greatest Hits‘ album is certified diamond.

Shakur was also an accomplished actor. He had 6 Hollywood films under his belt at the time of his death. He’s best remembered for his 1st role as Bishop in the movie ‘Juice.

Afeni Shakur has helped to keep her son’s name alive by opening the Tupac Amaru Shakur Foundation in Atlanta, GA. Established in 1997, the foundation provides art programs for young people.

2Pac In The Classroom Speaking His Mind On Sagging Pants 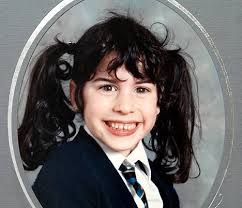 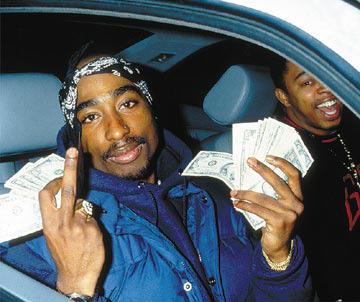 Five of ‘Pac albums (3 being his first 3 solo LPs) are now available for digital download purchases at iTunes .

Like Loading...
“Lets start making some changes , lets change the way we eat, the way we live and lets change THE WAY WE TREAT EACH OTHER.”
-Tupac Shakur

Erykah Badu commented on Tupac at the event.

Then, the beautiful singer proceeded to speak and sing a song, “Soldier,” in dedication to Afeni Shakur.

Comedian Mike Epps served as the Master of Ceremonies and he also presented Afeni Shakur with a $10,000 check for TASF. Approximately 500 people attended the celebration.

A man has admitted to shooting rap star Tupac Shakur in 1994 after allegedly being paid $2,500 dollars by James “Jimmy Henchman” Rosemond inside Manhattan’s Quad Studios in November of 1994.

Dexter Isaac, a former friend of Rosemond, is an inmate currently serving life in prison for murder, robbery and other offenses.

Isaac came forward Wednesday (June 15th) with the information on the eve of what would be Tupac’s 40th birthday.

He confessed to his involvement in the November 30th, 1994 shooting of Tupac Shakur to AllHipHop.com, after Jimmy Henchman identified him in a statement, relating to Henchman’s indictment for dealing numerous kilos of cocaine.

“I want to apologize to his family [Tupac Shakur] and for the mistake I did for that sucker [Jimmy Henchman],” Dexter Isaac told AllHipHop.com from prison. “I am trying to clean it up to give [Tupac and Biggie’s] mothers some closure.”

Henchman, who is currently on the run from Federal officials, claimed that Dexter Isaac, along with other incarcerated inmates were cooperating with the government in an investigation of his alleged drug dealing activities.

“If the government is relying on informants like Winston “Winnie” Harris, a convicted drug dealer and Jamaican deportee, who came to me and motioned via hand signal that he was forced to wear a wire and begged me to skip town or Dexter Isaac who is serving life in prison plus 30 years, then I’m sure I will not be offered a fair trial,” Henchman said in a statement released to AllHipHop.com in May of 2011.

Dexter Isaac told AllHipHop.com that he decided to confess to the robberies to prove Jimmy Henchman’s involvement, in addition to clearing his conscious for the shooting.

Isaac said he was comfortable going on record relating to the robbery and shooting, since the statute of limitations had expired. Legally, no one can be prosecuted for the assault at this time.

Isaac was a lifelong friend of Jimmy Henchmen, who helped the former mogul set up his first company, Henchman Entertainment, in 1989.

Isaac claims he never cooperated with the government in any investigation, and Jimmy Henchman’s allegations infuriated him.

Isaac, who is also from Brooklyn, has long been suspected of being involved in the Quad shooting of Tupac Shakur, along with an associate name Spencer “Scooter” Bowens, who is also serving a life sentence.

According to the confession below, Dexter Isaac not only knows what happened to Tupac Shakur’s jewelry, but he claims he is also in possession of the Hip-Hop star’s chain that was taken during the altercation on that infamous night on November 7, 1994.

The shooting on November 30th, was the start of a deadly feud that resulted in the murders of both Tupac Shakur and Notorious B.I.G.

Their murders have never been solved.

Isaac was indicted by the government in 1998 and was subsequently sentenced to life in prison for murder, robbery, fraud and witness intimidation charges.

Tupac’s memory lives on and in celebration of his 40th birthday, rappers, singers and comedians are coming together to honor him. Headlined by Erykah Badu and hosted by Afeni Shakur and Mike Epps, the concert for the slain rap legend will take place on June 16th at the Atlanta Symphony Hall, with proceeds benefitting the Tupac Amaru Shakur Foundation for the Arts.

DJ Drama will be spinning and performing acts include Bun B, Meek Mill, Too Short, Roy Ayers, 8 Ball & MJG, and others that have yet to be named.

Erykah Badu spoke about the honor of being chosen to perform on the day declared as “Tupac Day” in Georgia’s DeKalb County at last year’s event.

“I am greatly honored to have been invited by Afeni Shakur to celebrate her son’s 40th birthday,” said Badu in a statement. “I do not take this honor for granted.”

While rap artist, actor and writer Tupac Shakur was locked up for 11 months in 1995, he wrote a screenplay called Live 2 Tell.  Over 15 years later, his vision will be brought to life.  Tupac’s mother, Afeni Shakur, is working on the film with NStar Studios and the production team that put together the ’03 documentary Tupac: Ressurection.

Live 2 Tell is about a young drug dealer who gets caught up in a life of crime, a message that is still relevant in 2011.  No word on any big named actors yet, but the film only has a budget of $11 Million and is scheduled to go in to production in 2012.  STAY TUNED to GWOP Magazine for updates.