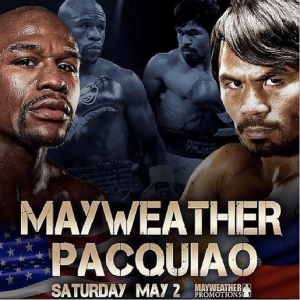 on May 2, so tickets will only be available to customers that have a $250,000 line of credit with the casino.
END_OF_DOCUMENT_TOKEN_TO_BE_REPLACED 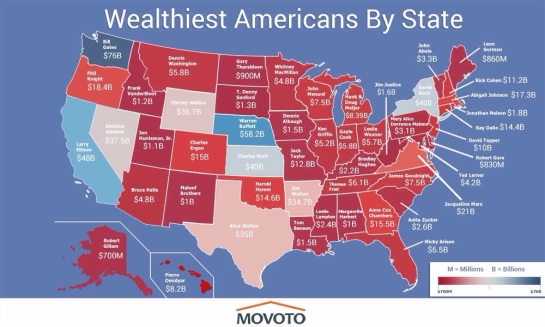 Washington resident and Microsoft founder Bill Gates’ $80 billion net worth makes him the richest person in the country (and the world). The least rich individual on the map is Robert Gillam, founder of McKinley Capital, an Alaska-based institutional investment firm. But don’t feel too bad for him — he’s worth a cool $700 million.

Movoto used wealth data from Forbes and Celebrity Net Worth to create the map.

Walk down the street in New York and you’re virtually guaranteed to see several millionaires.

That’s because more than 1 in every 25 New Yorkers is a millionaire, according to a study released Tuesday.

The Big Apple ranks fourth in a listing of the top 20 global cities based on the portion of their populations whose net worth, excluding primary residence, tops $1 million.

Altogether, 4.63% of New Yorkers, or 389,100 people, are millionaires, according to the analysis by Spear’s magazine and consulting firm WealthInsight.

“New York has long been the bastion of wealth not only in America, but the world,” said Oliver Williams, an analyst at WealthInsight. “It has the second largest millionaire and largest billionaire population of any global city.”

Monaco, Zurich and Geneva claimed the first three spots. Nearly 3 in 10 people in Monaco are millionaires.

Houston at No. 18 and San Francisco at No. 19 were the only other U.S. cities to make the list. In each city, a bit more than 2% of residents are millionaires.

Not surprisingly, most of the highest-ranked cities are banking and financial centers, including Frankfurt (No. 5) and London (No. 6).
source: LATimes

Name  / Net Worth / Source of Wealth

Jamal “Monster Mash” Mashburn (university of Kentucky) is a retired American professional basketball player who earned $75 million over his NBA career.  Mashburn was a prolific scorer in his 12 seasons in the league, with a career scoring average of 19.1 points per game. Since retiring from basketball, Mashburn has worked for ESPN as an analyst and launched a number of successful business ventures including 34 Outback Steakhouse franchises, 37 Papa John’s franchises, and two car dealerships across the state of Kentucky; one Toyota, one Lexus dealership and a real estate group in Kentucky!

Mashburn most recently invested in LevelEleven (video below), a Sales Motivation App From Salesforce.com

This is what #GWOP is about, starting business, creating jobs and making people lives bettter.

Allen Iverson earned over $200 million in his NBA career and is broke and in debt.

Antoine Walker (university of Kentucky) earned over $110 million in his 12 year NBA career and is broke and in debt.

Moral of the story:  Don’t gamble.  Save your money and start a business (not a record label). Be a entrepreneur.