“When a rapper’s rapping, you should be able to smell the dope cooking.”

In the first episode of our new 10-part series on Atlanta, host Thomas Morton meets longtime stick-up boy Curtis Snow (Snow On Da Bluff) while explaining what Atlanta means and why it’s become the center of drug trafficking and rap music. Later, we find ourselves in iconic Patchwerk Studios with Black Mafia Family’s Bleu Davinci. He explains the rise and fall of BMF, the city’s scene over the last decade, and what he thinks it takes to make it today. After a game of pool, we head to the strip club to meet Migos.

Rappers Young Buck, Big Meech, and BG sent Minister Farrakhan a question for him to answer during the first ever #AskFarrakhan Townhall meeting on September 26, 2012. View the entire Townhall at http://askfarrakhan.noi.org

The Real Big Meech dropped a letter to Straight From The A in regards to Atlanta rap artist, actor, convicted felon and friend T.I. (Clifford Harris). Checkout the full letter after the jump. END_OF_DOCUMENT_TOKEN_TO_BE_REPLACED

This is the Tale of Crime in Detroit and how it affects its everyday citizens.  directed by AL PROFIT

This Documentary explores the minds of the criminals and the victims which are one in the same. Featuring Detroit Infamous Emcee Seven the General, this DVD would make Seven a House Hold Name.

http://www.cavarioh.com
In this segment Cavario H. & Big Meech discuss particulars of Meech’s case and whether his “ballin’ lifestyle” was the cause of his down fall or not. Meech also explains why he took a plea for 30 yrs and his fight to have his time reduced.

2011 Interview with Big Meech (founder of BMF) from Prison. END_OF_DOCUMENT_TOKEN_TO_BE_REPLACED 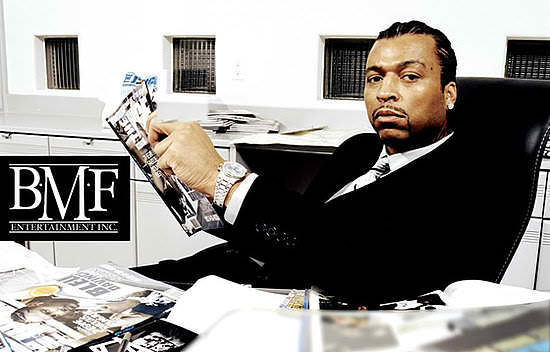 ‘Tupac’ Producers Acquire The Rights To ‘B.M.F.’ Movie
‎ In case you aren’t familiar with one of the men Rick Ross thinks he is on the song “Blowin’ Money Fast (BMF),” the producers of the biopic Tupac, have been granted the rights to make a film about Demetrius “Big Meech” Flenory, the head of the Black Mafia Family.

Producers L.T. Hutton and David Robinson are on board and ready to get the script together. “We have a passion and enthusiasm in bringing Big Meech’s story to the big screen,” commented Hutton.

“We’re working closely with Meech and Tammy Cowins to make sure every aspect of the story is done correctly.

The Black Mafia Family was founded in Detroit by Meech and his brother Terry in the 1980’s but the drug trafficking operation spread out to Missouri, Kentucky, Georgia, Alabama, Tennessee, California and Texas by the 1990’s.

Meech himself preached brotherhood amongst the family claiming their organization was about money and loyalty, not violence.

Members of BMF began to break into the entertainment and luxury car business to legitimize their illegal operations. The DEA estimates that BMF accumulated 13 residences, 35 luxury vehicles, $270 million in cash assets and in 2008 Flenory and his brother were sentenced to 30 years in prison each.

Let’s hope the film lives up to the hype and gives insight to the men behind the legendary crew that became idolized for spending.

In the second part of AllHipHop.com’s feature on convicted, incarcerated drug boss Demetrius “Big Meech” Flenory goes deep into the annals of street history. Flenory, who is serving a 25-year sentence in Georgia, reveals the origins of B.M.F., a drug gang accused of selling tons of kilos of cocaine and laundering over $270 million dollars in proceeds.

In Part 2, Meech explains a variety of incidents, including the murder of Sean “Diddy” Combs’ childhood friend/bodyguard Anthony “Wolf” Jones. Wolf was so tight with Combs that he was a co-defendant in Combs’ high profile trial over a 1999 shootout involving J.Lo and Shyne. According to Big Meech, he was not involved in those murders, or the litany of drug charges he plead guilty to.

Big Meech explains Wolf’s murder, his relationship Diddy, as well as his brother, mother and father and his penchant to engage cops in high speed chases during traffic stops.

Big Meech is currently hoping to have his appeal heard in front of The Supreme Court in Michigan.