GWOP magazine staff has compiled a list of our favorite Hip Hop Logos in no particular order.  Most people in this world believe you need a big building in order to start or own a business, when all you actually need is a Good LOGO and a business name.   All successful businesses start off with a logo.  Checkout the GWOP top Hip Hop logos of All Time after the jump.

Before Flavor Flav was the Flavor of Love on Vh1, he and Chuck D had a movement in the late 80’s with the Public Enemy  rap group.  They were Fighting the Power and Doing the Right Thing back in the day!  We need more groups like the old Public Enemy.  This is one of our favorite logo’s of all time.

The Rza, Gza, Raekwon the Chef, Ghostface, Ol Dirty Bastard (R.I.P.) and Method Man made this logo famous during the early 90’s.  Wu Tang is one of the best hip hop cliques of All Time.

Puff Daddy, P. Diddy, Puffy, Diddy has went thru several name changes over his career, but 1 thing has remained the same, the Bad Boy logo.  Bad Boy is a legendary record label and 1 of the only successful labels left in the game.  Logo Speaks for itself, BAD BOY!  Take that! (Diddy voice)

Suge Knight started the infamous Death Row Records in the mid 90s which set the standard for most record labels today.  Death Row was one of the best of its time with platinum artist Dogg Pound, Snoop Dogg and the late great 2pac.  With beats by Dr. Dre, Death Row had an unstoppable formula for success with an out cold logo.

Run DMC’s  logo is the most simple and probably the most widely used today to make hip hop t shirts and designs. The bold letters with the red stripes go right with the shell toe adidas 4ever!

Entrepreneur, Master P created No Limit records in the late 90’s and put the south on the map, with his colorful CD covers, beats by the pound and Artists dropping every week, Master P had kids skipping school around the country to go get a New No Limit CD.

Cash Money followed Master P’s formula for success and is still on top of the rap game.  Cash Money is one of the top record labels 2day with multi platinum artist Lil Wayne still moving units.

Jay-Z, Dame Dash, and Kareem “Biggs” created the Roc a Fella empire in late 90’s only to crumble less than 10 years later with Jay Z and Dame Dash splitting up and going in separate directions.  Still a very cool Logo and a piece of Hip Hop History. 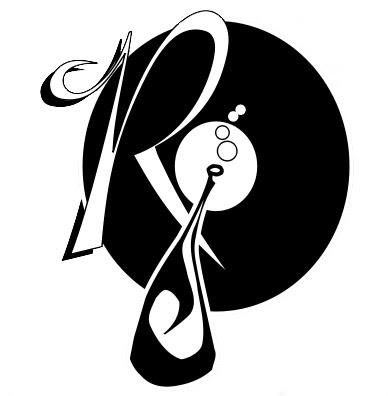 Roc-A-Fella Insider: Choke No Joke Breaks His Silence — Choke explains why everyone ran to Jay-Z over Dame Dash when Roc a Fella split.

We had to add the UGK logo, Salute to the Kings of the South. R.I.P. Pimp C

Need a Logo Designed for your company or idea?