One of the most influential American artists of the 20th century, Jean-Michel Basquiat was a rock star of the early ’80s New York art scene.

Like Loading...
Boom For Real explores the pre-fame years of the celebrated American artist Jean-Michel Basquiat. In theaters May 11th.
#BoomForReal
http://www.bomforrealfilm.com 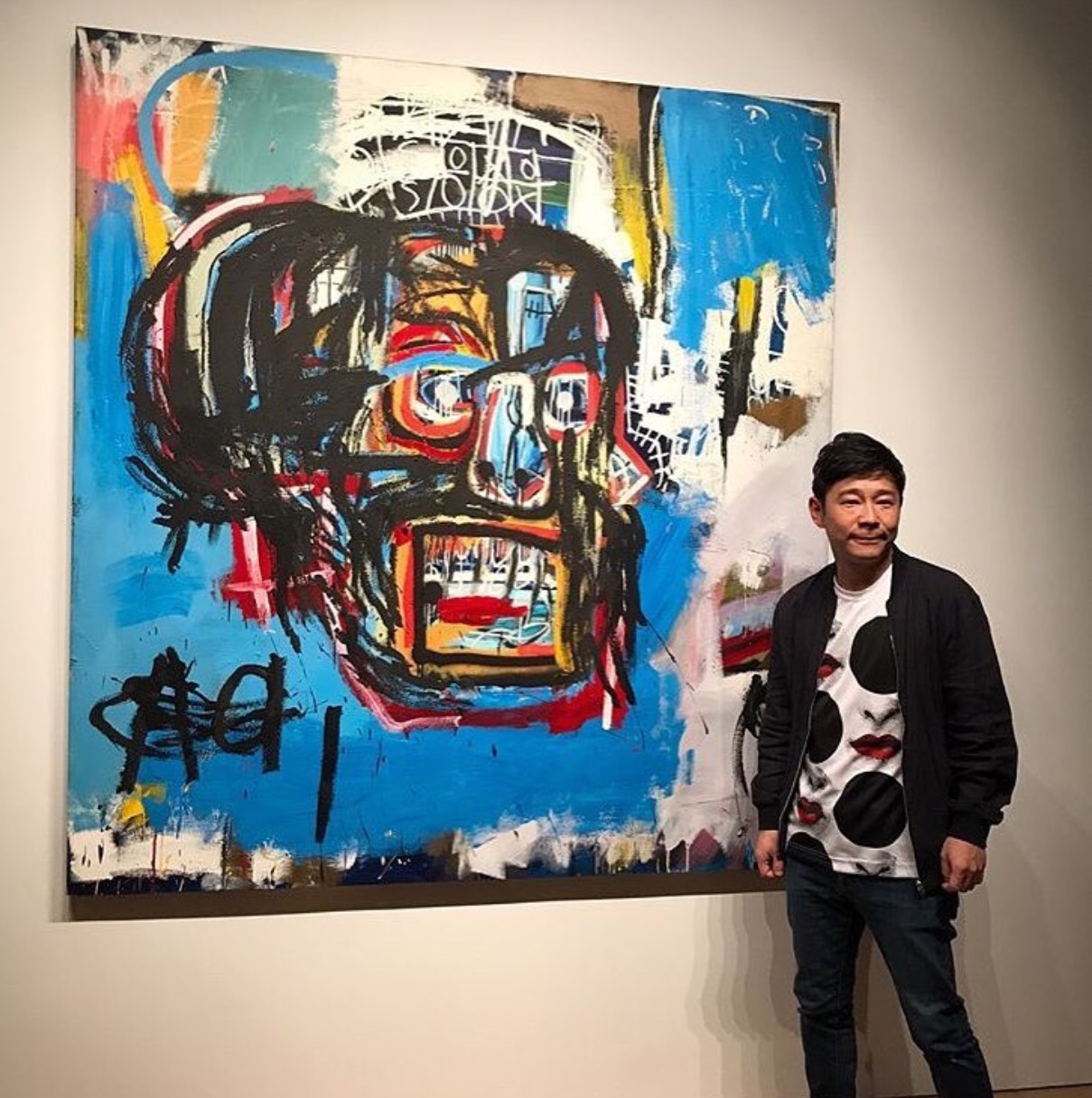 A 1982 painting by Jean-Michel Basquiat sold for $110.5 million at Sotheby’s New York on Thursday — establishing a new record high for any U.S. artist at auction.

Basquiat’s 1982 piece, Untitled, just set a new sales record for the late, legendary artist, reaching a price of $57.3 million USD with premium at a recent Christie’s auction during a postwar and contemporary evening sale. The artwork was purchased by Yusaku Maezawa who also bought Richard Prince’s Runaway Nurse for $9.7 million USD.

Preview of Jean-Michel Basquiat’s ‘Now’s The Time’ retrospective, at Toronto’s Art Gallery of Ontario, February 7th to May 10th, 2015

According to an unnamed source Jay-Z bought an original painting by Jean-Michel Basquiat for a whopping $4.5 million at Sotheby’s auction house last week.

The New York Post reports that Jay Z was revealed as the anonymous buyer who forked over millions for Basquiat’s 1982 painting ‘Mecca.’ ‘Mecca’ is a crude orange, black and white painting of the Empire State Building and its surroundings.

Born in Brooklyn  Jean Michel Basquiat built a name for himself as a graffiti artist in the streets of New York. What began as graffiti under the tag name SAMO (short for same old shit), evolved into some of the greatest neo expressionist and contemporary art to date. Basquiat’s paintings were credited for capturing the African American experience, and portraying it at an elite level. His work was often inspired by heritage, equality, and the world that surrounded him.  Basquiat was known for painting in Armani suits, dating Madonna and producing Hip Hop tracks in the late 70s early 80s. He continues to inspire the art world, hip hop culture and #GWOP in 2013.  Basquiat died on August 12, 1988 of heroin overdose at age 27.  According to Christie’s ,Jean-Michel Basquiat left 917 drawings, 25 sketchbooks, 85 prints, and 171 paintings.

“The film is a day in the life of a young artist, Jean Michel Basquiat, who needs to raise money to reclaim the apartment from which he has been evicted. He wanders the downtown streets carrying a painting he hopes to sell, encountering friends, whose lives (and performances) we peek into. He finally manages to sell his painting to a wealthy female admirer, but he’s paid by check. Low on cash, he spends the evening wandering from club to club, looking for a beautiful girl he had met earlier, so he’ll have a place to spend the night. 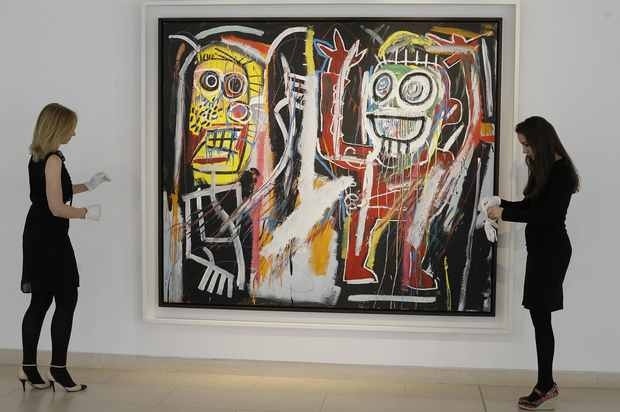 NEW YORK — A Jean-Michel Basquiat painting has set a new auction record for the graffiti artist at a sale of postwar and contemporary art in New York.

His “Untitled,” a painting of a black fisherman, held the previous record when it sold for $26.4 million last November.

Lichtenstein’s “Woman With Flowered Hat” fetched $56 million. A classic example of pop art, the 1963 painting is based on Pablo Picasso’s portrait of his lover Dora Maar.

Christie’s recently announced that Jean-Michel Basquiat’s 1981 work, Untitled, could set an artist’s record in November, when it is expected to sell for about $20 million (usd).

Christie’s did not identify the seller, but it is rumored to be French fashion photographer Patrick Demarchelier.