The co-founders of photo-sharing giant Instagram,  Mike Krieger and Kevin Systrom, are both leaving the firm.

Mr Systrom, chief executive, said they were departing to “explore our curiosity and creativity again”.

Instagram, purchased by Facebook in 2012 for $1bn (£760m) in cash and stock, has more than a billion users. (and way too many hair companies)

There had been reports of tension between the pair and Facebook, and the departures add to what has been a troubling year for the parent company.

Mr Systrom, 34, the CEO, and Mr Krieger, 32, the chief technical officer, started the image sharing site in 2010 and continued to run the service after it was acquired by Facebook . 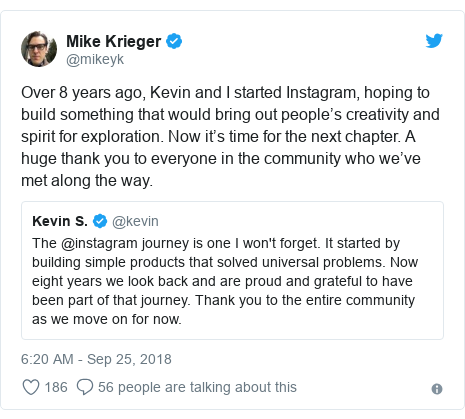