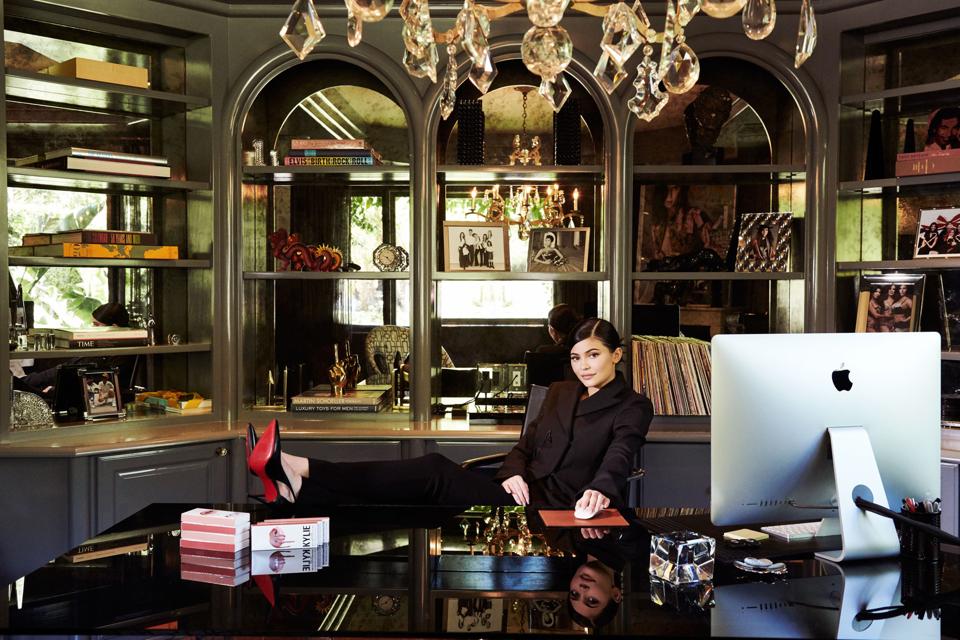 Just 20 when this story publishes (she’ll turn 21 in August) and an extremely young mother (she had baby daughter Stormi in February), Jenner runs one of the hottest makeup companies ever. Kylie Cosmetics launched two years ago with a $29 “lip kit” consisting of a matching set of lipstick and lip liner, and has sold more than $630 million worth of makeup since, including an estimated $330 million in 2017. Even using a conservative multiple, and applying our standard 20% discount, Forbes values her company, which has since added other cosmetics like eye shadow and concealer, at nearly $800 million. Jenner owns 100% of it.