The official portraits of former United States President Barack Obama and former First Lady Michelle Obama were unveiled at an emotional and historic ceremony at the National Portrait Gallery in Washington, D.C. on Monday morning.

The stunning depiction of President Obama, by artist Kehinde Wiley, and of his wife, by Amy Sherald, drew gasps and applause as each subject and artist together removed the black veils covering the portraits for a dramatic reveal.

Both Wiley and Sherald faced an unprecedented and monumental task: to capture the first African Americans elected to serve as president and first lady in a building built by slaves. But neither artists’ brush failed under the weight of history. The portraits are deft, thoughtful comments on race and representation in America that also provide an intimate encounter with the psyche of their individual subjects 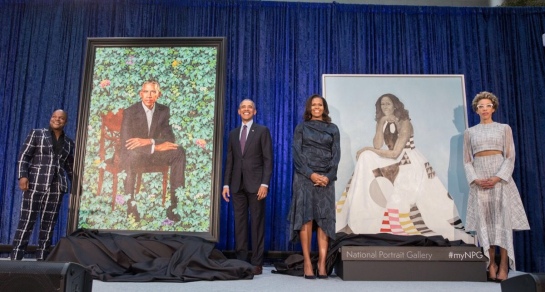