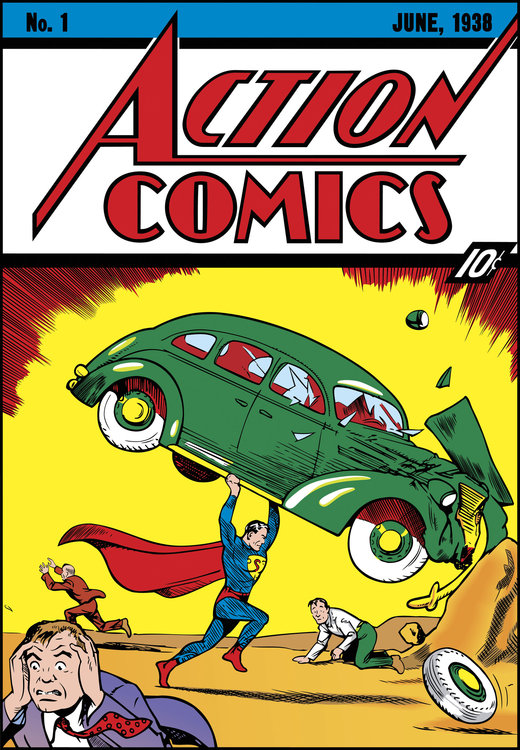 An original Superman comic, sold for 10 cents at a West Virginia newsstand in 1938, was purchased at auction Sunday night for $3.2 million, making it the most expensive comic book ever sold.

The copy of Action Comics No. 1, which features a caped Superman lifting an automobile, was sold on EBay by Darren Adams of Pristine Comics in Federal Way, Wash. The previous record for a comic book was $2.1 million, for another Action Comics No. 1, sold by the actor Nicolas Cage in 2011.

Superman was the brainchild of Joe Shuster and Jerry Siegel, both North American-born sons of European Jewish immigrants. Their creation is widely credited as the beginning of the superhero genre. The comic book had a print run of 200,000 copies, but only 100 or so survive today, and most of those have had some restoration work done to them.