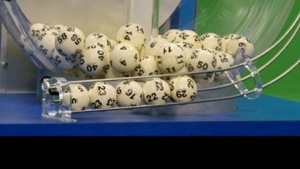 A winner for the huge Powerball jackpot was sold at a supermarket in Zephyrhills, Fla., a Florida Lottery official confirmed to NBC News early Sunday.

The winning Powerball numbers drawn late Saturday were 10, 13, 14, 22, 52 with Powerball number 11.
Powerball’s website said one winner was sold in Florida a Publix supermarket in Zephyrhills, a suburb of Tampa.
The jackpot of the 43-state lottery game surged ahead of the drawing and had been estimated at $600 million — the second-largest pot in U.S. lottery history. Powerball officials later revised that to more than $590 million

Still, that grand prize, accumulated after two months of drawings, surpassed the previous record Powerball payoff of $587.5 million, set in November 2012. That was split by two winners.
The largest jackpot in U.S. history stands at $656 million, won in the Mega Millions lottery of March 2012. That prize was split between winners in Maryland, Kansas and Illinois.