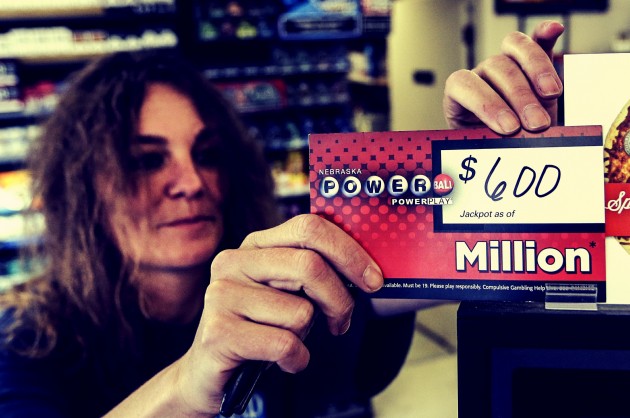 The jackpot for the Powerball lottery has soared to a record $600 million and the top prize may swell to nearly $1 billion if no one draws the winning numbers tonight according to lottery officials.

The potential payout of Saturday’s jackpot could mean a one-time lump sum payment of $376.9 million.

The top prize grew after no one won a drawing on Wednesday..
The popular lottery, which is played in 42 states, Washington D.C. and the U.S. Virgin Islands, has not had a winner in two months.
The previous largest Powerball jackpot record was $587.5 million in November 2012.

According to Powerball, the odds of winning the big prize on Saturday are one in 175 million.