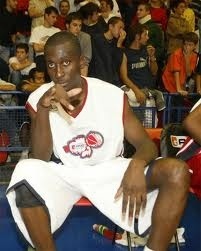 Streetball legend and former AND 1 mixtape star, Tyrone “Alimoe” Evans has reportedly passed away from complications following a stroke.

The Harlem, NY resident also known as “The Black Widow” rose to prominence during the street ball boom of the late 90s and early 2000s. The 6’7″ player was known for his trademark ball handling skills.

Alimoe reached superstar status as one of the most popular players during the AND 1 Mixtape Tour. He stood out with famous street ball players of the era including Hot Sauce, The Professor, Main Event, The Air Up There, and many more.

Our prayers are with Alimoe’s friends & family.