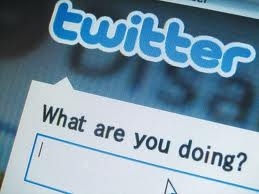 The company formerly known as Twttr which is now Twitter is 6 years old today. It is no longer the fresh new internet baby. Checkout some interesting facts about Twitter:

What is fascinating about Twitter, and internet technology in general is just how quickly new technologies change the way we communicate, find interesting and relevant information, and market our businesses. Some people use twitter to beef with their rivals online (or Tweef), show their thirst for chicks with sexy avi’s, and others use it just to keep in touch with friends or follow favorite celebrities. However you use twitter, “Think Before You Tweet”. Check out this excerpt from a fascinating Twitter infographic: 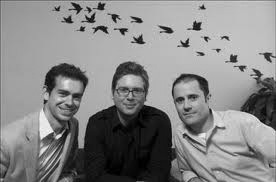 Twitter was born 6 years ago, when @Jack, @Biz, @Noah, @Crystal, @Jeremy, @Adam, @TonyStubblebine, @Ev, me (@Dom), @Rabble, @RayReadyRay, @Florian, @TimRoberts, and @Blaine worked at a podcasting company called Odeo, Inc. in South Park, San Francisco. The company had just contributed a major chunk of code to Rails 1.0 and had just shipped Odeo Studio, but we were facing tremendous competition from Apple and other heavyweights. Our board was not feeling optimistic, and we were forced to reinvent ourselves.

“Rebooting” or reinventing the company started with a daylong brainstorming session where we broke up into teams to talk about our best ideas. I was lucky enough to be in @Jack’s group, where he first described a service that uses SMS to tell small groups what you are doing. We happened to be on top of the slide on the north end of South Park. It was sunny and brisk. We were eating Mexican food. His idea made us stop eating and start talking.

I remember that @Jack’s first use case was city-related: telling people that the club he’s at is happening. “I want to have a dispatch service that connects us on our phones using text.” His idea was to make it so simple that you don’t even think about what you’re doing, you just type something and send it. Typing something on your phone in those days meant you were probably messing with T9 text input, unless you were sporting a relatively rare smartphone. Even so, everyone in our group got the idea instantly and wanted it.

Later, each group presented their ideas, and a few of them were selected for prototyping. Demos ensued. @Jack’s idea rose to the top as a combination of status-type ideas. @Jack, @Biz, and @Florian were assigned to build version 0.1, managed by @Noah. The rest of the company focused on maintaining Odeo.com, so that if this new thing flopped we’d have something to fall back upon.

The first version of @Jack’s idea was entirely web-based. It was created on March 21st, 2006. My first substantive message is #38:

oh this is going to be addictive

We struggled with a codename and a product name. “It’s FriendStalker!” joked @Crystal, our most prolific user. The userbase was limited entirely to the company and our immediate family. No one from a major company of any kind was allowed in. For months, we were in Top Secret Alpha because of competing products like the now-defunkt Dodgeball. The original product name / codename “twttr” was inspired by Flickr and the fact that American SMS shortcodes are five characters. We prototyped with “10958″ as our shortcode. (We later changed to “40404″ for ease of use and memorability.) @Florian was commuting from Germany, so in order to operate with him we secured a “long code”, or a full 10-digit phone number linked to a small-potatoes gateway. Twttr probably had about 50 users in the 10958 days.

I was following everyone on the system. We had an admin page where you could see every user. As Head of Quality for the company, it seemed like my duty to watch for opinions or issues from our users. This caused confusion, though, when family members of our team were suddenly being followed by a seemingly random person. Thus, Private Accounts were born. @Jack and @Florian created a means for users to mark themselves private, and we admins had the ability to tell who wanted to be private so we’d know not to follow them. Actual, real privacy with secure protection came a bit later. I’d say there were about 100 users when Private was invented.

The interaction model and the visual metaphor for the service were constantly in flux. The meaning of being someone’s “Friend” versus “Following” someone changed regularly. At that point, you could either get all SMS messages or get none. There was no Twictionary back then; data in the system were referred to as “posts” or just “messages”. The lack of clear terminology led to some pretty spirited debates leading up to the Spring of 2006.

We launched Twttr Beta on @Ev’s birthday. We could now invite a slightly larger circle of friends, but still excluding any large companies (with a few trusted exceptions within places like Google). I’ll never forget the family-friendly feeling of that day. We all knew that we were going to change the world with this thing that no one else understood. That day stands out in memory as the deep breath before a baby’s first cry.

Meanwhile, Odeo and the corporate board were at a tension point. Not only was the value of Twttr difficult to describe, the relevance of Odeo was declining monthly. Drastic cuts were recommended. One day in early May 2006, @Ev let four of us go: @Adam, @TonyStubblebine, me, and @Rabble. @Noah and @TimRoberts would later be asked to leave as well. It was a tough decision and huge shock to each of us. We all handled it differently. Looking back on it, I think Twitter allowed us to stay connected when we might not have otherwise been. After all, we weren’t even public with the site yet, so each of us continued to add value just by using it with each other.

During this transition, Twttr.com launched to the public. Still, very few people understood its value. At the time most people were paying per SMS message, and so wouldn’t Twttr run up our bills? Also, how were we supposed to use this thing and who cares what I’m doing? Each one of us original users became a kind of personal evangelist for Twttr, trying to get our coworkers and friends to use it. At this point, Obvious Corp was born as an incubator with Twttr as its sole project.

@Jack was still just an engineer, and the service was only a few months old when the group acquired Twitter.com and re-branded. Back then, we had no character limit on our system. Messages longer than 160 characters (the common SMS carrier limit) were split into multiple texts and delivered (somewhat) sequentially. There were other bugs, and a mounting SMS bill. The team decided to place a limit on the number of characters that would go out via SMS for each post. They settled on 140, in order to leave room for the username and the colon in front of the message. In February of 2007 @Jack wrote something which inspired me to get started on this project: “One could change the world with one hundred and forty characters.”

Just in time for SxSW, @RayReadyRay rigged a very sweet Flash-based visualizer that ended up on display on the halls of the conference. I wasn’t working there, but I used to visit regularly to see how our baby was doing. I happened to be at the office in SF when the visualizer went live on site in Austin. I remember finding a bug just before showtime, as @Biz and @Jeremy talked over the phone. Everything miraculously fell into place by the time people filtered out of the sessions to see their comments floating along the hallway screens. Boom #1: Twitter won an award in the Blog category, and @Jack thanked everyone in 140 characters.