Hollywood Legend Elizabeth Taylor died at the age of 79

2011 has been a big year for Celebrity deaths with the passing of legends like Heavy D, Nate Dogg, Elizabeth Taylor, Nick Ashord, and Amy Whinehouse.  We also lost innovative entrepreneurs such as Steve Jobs and  Oakland Raiders owner, Al Davis.  Checkout the full list of celeb deaths of 2011 brought to you by our staff at GWOP Magazine.  Hopefully we don’t have any more names or faces to add to this list by December 31st.  Full list, bios and videos after the jump. 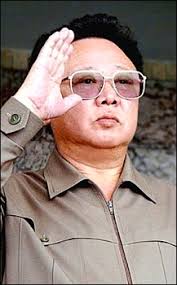 12/18/11- Kim Jong Il the leader of North Korea passed away while riding on a train due to fatigue.

12/16/11 – Rapper Slim Dunkin,  real name Mario Hamilton, a Detroit native was shot and killed on December 16, at an Atlanta music studio after an altercation over a piece of candy.

11/8/11: Heavy D, Popular rapper Heavy D (real name: Dwight Arrington Myers) was rushed to an LA hospital after collapsing at his Beverly Hills home. Though Heavy was conscious when first responders arrived at the scene, he died shortly thereafter.

11/7/11: Joe Frazier,  Former Heavyweight Champion, Smokin’ Joe Frazier, succumbed to liver cancer at the age of 67. Winner of 27 out of 32 fights, Friazier only lost 4 times in his career, twice to George Foreman and twice to Muhammad Ali.

11/5/11: Andy Rooney,  Emmy Award winning 60 Minutes commentator Andy Rooney, most famous for his A Few Minutes with Andy Rooney segment, died of complications due to a recent surgery. His final taping was on November 2, 2011 and he died on November 5, 2011.

10/8/11: Al Davis, Longtime owner of the Oakland Raiders football team died at 82. As commissioner of the American Football League in the ’60s, he was instrumental in organizing the merger with the NFL that led to the current league as we know it today. Davis was inducted into the Pro Football Hall of Fame in 1992.

10/5/11:  Steve Jobs, Chairman and Co-Founder of Apple, died due to complications from pancreatic cancer. He was 56. Jobs was known for his keynote speeches that were given each year to update the loyal Apple followers, as well as his enlightening interview style.

9/21/11: Troy Anthony Davis was convicted of and executed for the August 19, 1989, murder of police officer Mark MacPhail in Savannah, Georgia.

8/3/11: Bubba Smith,  10-year NFL veteran and “Police Academy” franchise star Bubba Smith died at age 66 in his Los Angeles home. Authorities believe that he died of natural causes though no official cause of death was announced. The imposing 6-foot-7 Smith retired from the NFL in 1976 after stints as a defensive lineman with the Baltimore Colts, Oakland Raiders and Houston Oilers. He appeared twice in the Pro Bowl while playing for the Colts. After retiring from football, Smith turned to acting, most notably starring as Moses Hightower in all but one of the “Police Academy” films.

7/23/11: Amy Whinehouse, The very talented, but often troubled U.K. pop star was found dead in her London home. The cause of death was released as alcohol, she was only 27 years old.

7/8/2011 Betty Ford died at the age of 93. She was known primarily for her work post-whitehouse and for founding one of the most famous rehabilitation facilities (The Betty Ford clinic) in the world. Widow of former president Gerald Ford. 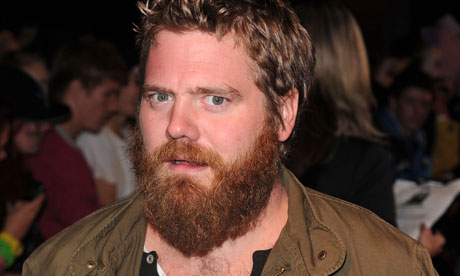 6/20/11 Ryan Dunn, one of the regular stuntmen/daredevils on the popular MTV show and following films “Jackass” died during a stunt involving a motor vehicle, leaving the vehicle decimated and seemingly melted.

6/3/11 – Dr. Jack Kevorkian, the Michigan pathologist who put assisted suicide on the world’s medical ethics stage died at the Beaumont Hospital. He was 83. The assisted-suicide advocate had been hospitalized in Michigan for pneumonia and a kidney-related ailment.

5/20/11 – “Macho Man” Randy Savage (real name Randall Mario Poffo) died due to injuries from a car accident after suffering a heart attack while driving in Tampa, Florida. The pro-wrestler was popular for over twenty years on the WWE, WCW and TNA wrestling programs, He was champion over twenty times in multiple wrestling circuits and programs. He was also famous for his ring attire and his legendary catchphrase, “Ohhhh Yeahhh.”

5/15/11- Rapper M-Bone (real name Montae Talbert) of the popular hip hop group Cali Swag District was victim of a drive-by shooting in front of a liquor store in his hometown of Inglewood, California. The “Teach Me How to Dougie” star was in the driver’s seat when a group of gunmen pulled up beside him and fired off two rounds.

5/11/11 – Robert “Tractor” Traylor born in Detroit, MI was a McDonald’s All-American the same year as Kevin Garnett, Vince Carter and Paul Pierce. He attended the University of Michigan and was a 1st round 6th draft pick (1998) of the Dallas Mavericks.

Traylor (age 34) was found dead at his apartment in Isla Verde, Puerto Rico. The cause of death was apparently a heart attack. He was allegedly talking to his wife on the phone at the time. A connection was suddenly lost, at which point his wife alerted team officials to investigate.

5/1/11 –  Osama Bin Laden, the terrorist that allegedly orchestrated the WTC attacks on Sept. 11th, was finally found and murdered  by the United States of America in a compound outside Islamabad, Pakistan.

3/23/11: Elizabeth Taylor,  Movie legend Elizabeth Taylor passed away at Cedars-Sinai Medical Center, where she had been hospitalized for six weeks, of congestive heart failure. She was 79. Taylor had starred in a string of successful films in her career including “Lassie Come Home,” “National Velvet,” “Father of the Bride” and “Giant.” She was one of the most famous actress (and richest) in the world by 1960 when she starred in 20th Century Fox’s “Cleopatra.” She won two Academy Awards for Best Actress during her lustrous career and was famously married eight times to seven husbands. In her later years, she devoted much of her time to AIDS research and created the National AIDS Research Foundation in Los Angeles.

3/21/11: Nick Ashford, Part of Motown singing duo Ashford & Simpson, Nick Ashford, succumbed to throat cancer at the age of 70. He was best known for his hits “Ain’t No Mountain High Enough” and “Ain’t Nothing Like the Real Thing”.

3/15/11: Nate Dogg, West coast hip-hop legend Nate Dogg, or Nathaniel Hale, died due to natural causes at the age of 41. He had suffered through two strokes in the past few years which left him partially paralyzed and mostly bedridden.