Colin Kaepernick has become the face of Nike’s “Just Do It” ad campaign as the company celebrates the 30th anniversary of the slogan, Kim Bell of GWOP Magazine reports.

Why it matters: Kaepernick is one of the most polarizing figures in sports. The former San Francisco 49ers quarterback has not played in the NFL since 2016, and is currently suing league owners for blackballing him because of his protests against racial inequality in the United States.

Checkout Top 10 Most Valuable NFL Teams after the jump…. END_OF_DOCUMENT_TOKEN_TO_BE_REPLACED

Jay Harris aka Jay DatBull quit playing football to pursue a dream of becoming a rap artist.  The 5-foot-11, 162-pounder is ranked by ESPN as the state’s 17th-ranked senior and second-best wideout. He scored 13 touchdowns last season on 54 catches for 792 yards. He signed a binding letter of intent in February to attend Michigan State. His YOUTUBE  Music video has over 90,000 views since he uploaded it a few weeks ago.

This years game will be the “Super HarBowl” because the two opposing coaches, Jim Harbaugh (49ers) and John Harbaugh (Ravens) are brothers, the Baltimore Ravens will face off against the San Francisco 49ers in Super Bowl XLVII, Sunday February 3 in New Orleans at the Mercedes-Benz Superdome.  49ers are a -4 point favorite at casinos in Las Vegas. 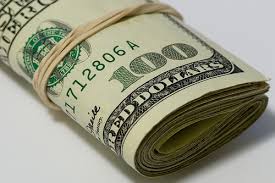 Gambling expert RJ Bell of Las Vegas-based Pregame.com says he thinks two-thirds of bets worldwide were on the Packers, and that sports books took in at least $150 million because of this call.

The NFL upheld the Seahawks’ disputed 14-12 win over the Packers and resumed meetings with its locked-out officials.  This may have been the worst call in NFL History.

Legendary NFL linebacker Junior Seau is dead at the age of 43. Cops in Oceanside, CA responded to a 911 call reporting a possible suicide at Junior’s beachfront home Wednesday.

Cops are currently at Seau’s home just outside San Diego. Seau was 43-years-old … and leaves behind 3 kids and an ex-wife.

Seau was a beast in the NFL — skyrocketing to fame thanks to his explosive play with the San Diego Chargers, Miami Dolphins and New England Patriots. The USC standout was selected in the first round of the NFL draft in 1990 and played in the league for 20 years.

Seau was involved in a car accident back in 2010 when he drove his SUV off a cliff in Carlsbad, CA hours after he was arrested for allegedly attacking his girlfriend. Seau later said he was not trying to kill himself … insisting he had fallen asleep at the wheel.

TMZ also reports Seau sent text messages to his ex-wife and 3 kids yesterday saying, “Love you.” but they all responded and didn’t suspect anything was wrong. They also report he last saw his kids 3 weeks ago.

The coroner arrived on scene around 11:20AM PST as it is suspected that he may have died of a suicide.
END_OF_DOCUMENT_TOKEN_TO_BE_REPLACED