11-year-old, Carson Huey is on pace to become a modern day Doogie Howzer, as he is among the new class of undergrads at Texas Christian University.  While most kids his age are starting the 5th grade, Carson is taking calculus, physics, history and religion as a full time student.  Carson is a Quantam Physics major.  Keep up the good work.

This is the story of  Rashad Phillips, a man who’s struggle through many trials and adversity, molded him into the man he is today and how he changes lives using basketball as his tool and his guide.

Jay Harris aka Jay DatBull quit playing football to pursue a dream of becoming a rap artist.  The 5-foot-11, 162-pounder is ranked by ESPN as the state’s 17th-ranked senior and second-best wideout. He scored 13 touchdowns last season on 54 catches for 792 yards. He signed a binding letter of intent in February to attend Michigan State. His YOUTUBE  Music video has over 90,000 views since he uploaded it a few weeks ago.

Check out the 2013 Ballislife All American Dunk contest presented by Muscle Milk one of the craziest dunk contests EVER. All the guys performed some impressive dunks but Zach LaVine stole the show with impressive dunk after impressive dunk. The best part of the entire contest was the fact that most of these dunks were done on the first try. 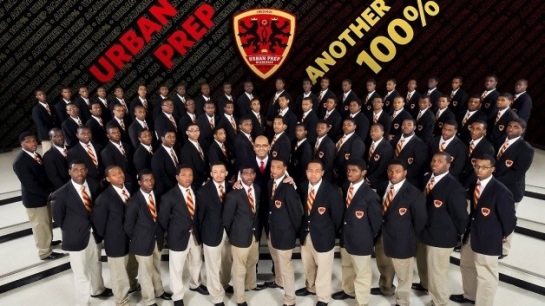 Chicago’s Urban Academy for the fourth year in a row is sending ALL of their graduates to college!!

Founded in 2002, the all boys charter school had only four percent of students reading at their grade level when they opened. 85% were from low-income families.

Chicago has been in the news recently with over 25 people shot and wounded this past Easter weekend.

Mayor of Chicago, Rahm Emanuel spoke of the achievement saying,

“What this 100 percent proves beyond a doubt is that it need not be the exception but it should be the expectation for every child in the city of Chicago.”

With Michael Jordan’s dominance throughout the ’90s providing a spark, the basketball culture in Chicago has recently dominated that of other sports in the city, one where the Cubs and Bears also call home. Chicago has also come to rival and in some regards, surpass, other basketball capitals such as N.Y.C. and L.A. in producing local talent the likes of Dwayne Wade and Derrick Rose, the latter of which now leads a young, resurgent Bulls squad. Here, in our first documentary, Life+Times follows a select crop of the city’s youngsters—high school sophomores Tyquone Greer, Jahlil Okafor, and Paul White—with the potential to carry on in the city’s rich legacy.