Comedian Bill Cosby, who is currently serving a three-to-10 year prison sentence for sexual assault, has been leveraging some of the top works in his art collection.

Cosby consigned Thomas Hart Benton‘s Going West (1926) to Granary gallery earlier this year, while his wife, Camille, used yet another Benton painting, The Instruction (aka The Bible Lesson), (1940), as collateral for a loan from Asher Edelman’s art finance firm, Art Assure, according to a regulatory filing.

The financing statement, known as a Uniform Commercial Code (UCC) filing, documents ownership in real property. It was filed on September 19, about a week before the court handed down Cosby’s sentence. The amount of the loan was not disclosed and Edelman declined to comment, citing client confidentiality. 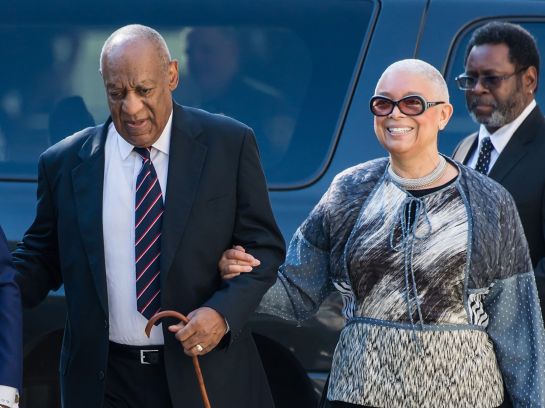 This past summer, the Vineyard Gazette posted a story about the Benton arriving at Granary, noting that the gallery had “recently acquired” the painting. Before it arrived there, the report said the painting had only been exhibited in public twice in more than 90 years, in a 1927 gallery show and, 50 years later, at a Christie’s auction in New York, where it was purchased for a Connecticut couple who owned it for close to 25 years. It’s not clear when Cosby actually acquired it.

Cosby and his wife Camille assembled what their former curator David Driskell called “the most significant collection in the hands of an African American family,” in a 2001 book called The Other Side of Color. Their collection focuses specifically on artists of color, in addition to blue-chip works by artists including Renoir, Picasso, and Matisse. They own at least 300 works, according to Bloomberg.