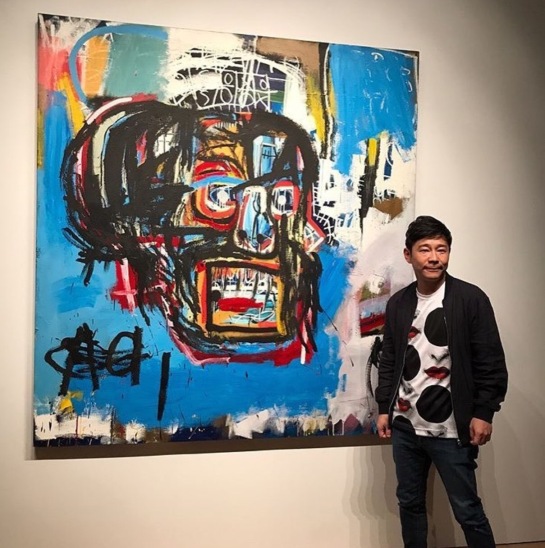 A 1982 painting by Jean-Michel Basquiat sold for $110.5 million at Sotheby’s New York on Thursday — establishing a new record high for any U.S. artist at auction.